Yesterday while my boys were sleeping I stamped my nails and added Nail Tek as my top coat. I set the bottle down next to the couch and forgot about it. Well my wonderful 21mo son climbed on the couch and found the bottle, then decided it was the must have toy of the moment. I asked him nicely to give it back (lol) and when he didn’t I leaned over to get it from him before anything happened to it. He, of course, was not giving up his precious new toy to me so instead he chucked* the bottle across the room. I was in shock, my holy grail growth treatment had been thrown across the room like an unwanted toy! Then I had a moment of relief when I heard no crash or thud but that relief was short lived once I found the bottle. It had been decapitated, the neck of the bottle still inside the cap and polish spilled all over our hardwood floors. Almost the entire bottle spilled out leaving 1/4 of polish left. My guess is it hit the side of the PacknPlay we have sitting next to the couch and the padding on the side muffled the sound but it was still hard enough to break the bottle.

So here is the damage… 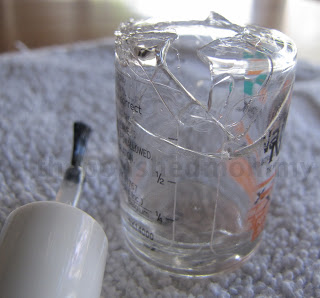 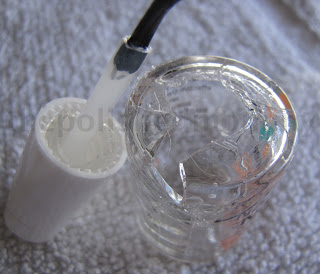 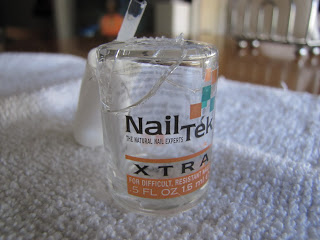 So yea, lesson learned, ALWAYS keep nail polish out of reach from toddlers!